I bought years ago a big bottle of glycerol from an online store. I was looking for natural ingredients to be used for my lotions. Luckily, I selected bigger package. After using a teaspoonful of glycerol, as stated in recipe, there was still 3 deciliters left.  How could I ever use such an amount of glycerol?  Why didn’t I select the size of a package more carefully?

After deeper investigation I found so many new ways to use glycerol. Nowadays I always store at least half a liter of glycerol in my closet.  I am using it in several ways.

What do I do with such a big quantity of glycerol? I will tell you shortly! 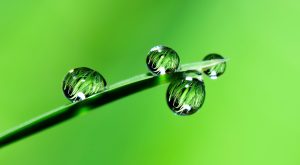 Glycerol aka glycerin is together with fatty acids the most important component of all fats. Sounds like a very simple and natural product, don’t you think?  Chemical composition of glycerol is sugar alcohol. It has some similar features like ethyl alcohol, a product we all know. It is sweet-tasting gel-like liquid.  It dissolves into water and blends well with oil.  You can use it both in water-based products and in completely water-free products.

What raw materials are used in glycerol production?

Synthetic glycerol is a byproduct of biodiesel.  This glycerol is a kind of a waste and there is plenty of it available with cheap price.

Good quality glycerol is usually made out of plants. Soy and palm oil are most common sources. These 2 plants are now under controversial discussion. Most of the soy is nowadays genetically manipulated, especially soy that is used as raw material for biodiesel. Soy farming is also claiming areas from rainforests in South America.

The other source is palm oil.  Palm oil production is destroying rainforests as well. Palm oil is produced in Malaysia and Indonesia. Diversified biotopes are being destroyed because of palm oil production.  There are usually serious issues concerning land ownership in palm oil production.  Native inhabitants are forced to leave their homes without any compensation, or in case something is offered it is very little.  New settlement contains heavy machine owned by a multi-million-dollar company destroying the forest.

Should we stop using glycerol?

You can make up your mind and stop using glycerol. But wait!  Responsible producers have decided to make correction in the production. There is now also ethically accepted glycerol available that is made of field mustard.  You can find it from online stores.  There is also glycerin fermented from organic corn available. Both glycerol is good quality, clean product. Also, certified natural cosmetic producers are using only ethically produced glycerol.

Do it yourself-cosmetics, use only ethically accepted components 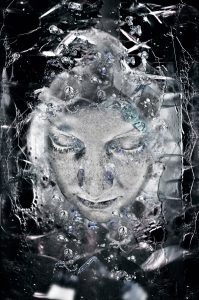 One of the most important features of glycerol is humectant. Glycerol can absorb water from air and hold water molecules.  It can hold water equal to its own weight.  Glycerol is very moisturizing, and is very gentle to skin and scalp. That is why it is so popular in cosmetics.

Glycerol act as a solvent in cosmetic products

As alcohol in general, glycerol act as a solvent.  A herb extract dissolved by glycerol is called glycerite.  Glycerite based extracts are not as long lasting as extracts based on alcohol and they do not have preservative features. Alcohol is not as gentle as glycerol.  That is why I select more often glycerol for my herb extracts, especially when I want to use it for lotion or toner.

You can mix glycerol to your toner or any other water-based product without any problems.

You can mix glycerol with water-free oils without problems. 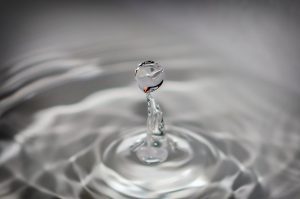 Because of glycerol’s natural substance it is well tolerated.  I do not know if anyone is oversensitive to glycerol but everything is naturally possible. If you have any doubts, just test a glycerol/water mix on your skin: 50 % water and 50 % glycerol. This is easy way to find out if glycerol suits to you.  Persons already sensitized are using glycerol/water mix as toner. Never use glycerol without blending it with water, it absorbs moisture also from skin.  Using raw glycerol on your skin may cause serious drying.  So always blend glycerol with water, a 50/50 mix is recommendable.

Where and how glycerol is used

Glycerol is sugar alcohol. It is sweet and bit sticky as sugar. You can take advantage of this in many products. 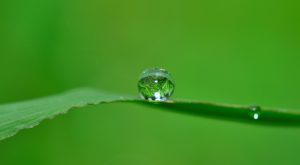 Glycerol has countless number of good features and there are many ways to use it in cosmetic products. Did you know that you can use glycerol also for erasing dirt, making soap bubbles, preparing a soap, and washing floors?  Now you understand half a liter of glycerol is not much.

Did you find any new ideas how to use glycerol?

Next - Olive oil in home made cosmetics, choose the right uses